It’s thirsty work bellringing for over three hours! But many congratulations to the band who successfully rang a peal of Grandsire Caters on Saturday 31st August in celebration of Rev Christopher Chiplin’s 40th Anniversary of ordination and 25th anniversary of being Vicar at St John’s and to wish him all the best in his retirement at the end of September.  A keen and able bellringer, Christopher completed the band which included our own tower captain David Huxford and ringers from neighbouring towers including Chilcompton and Bath. This peel involved 5021 different changes (combinations of the order the bells are rung in) and demands great concentration from everyone. The peel was called by Michael Stubbs from Bathwick. A new peal board will be installed in St John’s Tower to commemorate the achievement. Well done everyone. 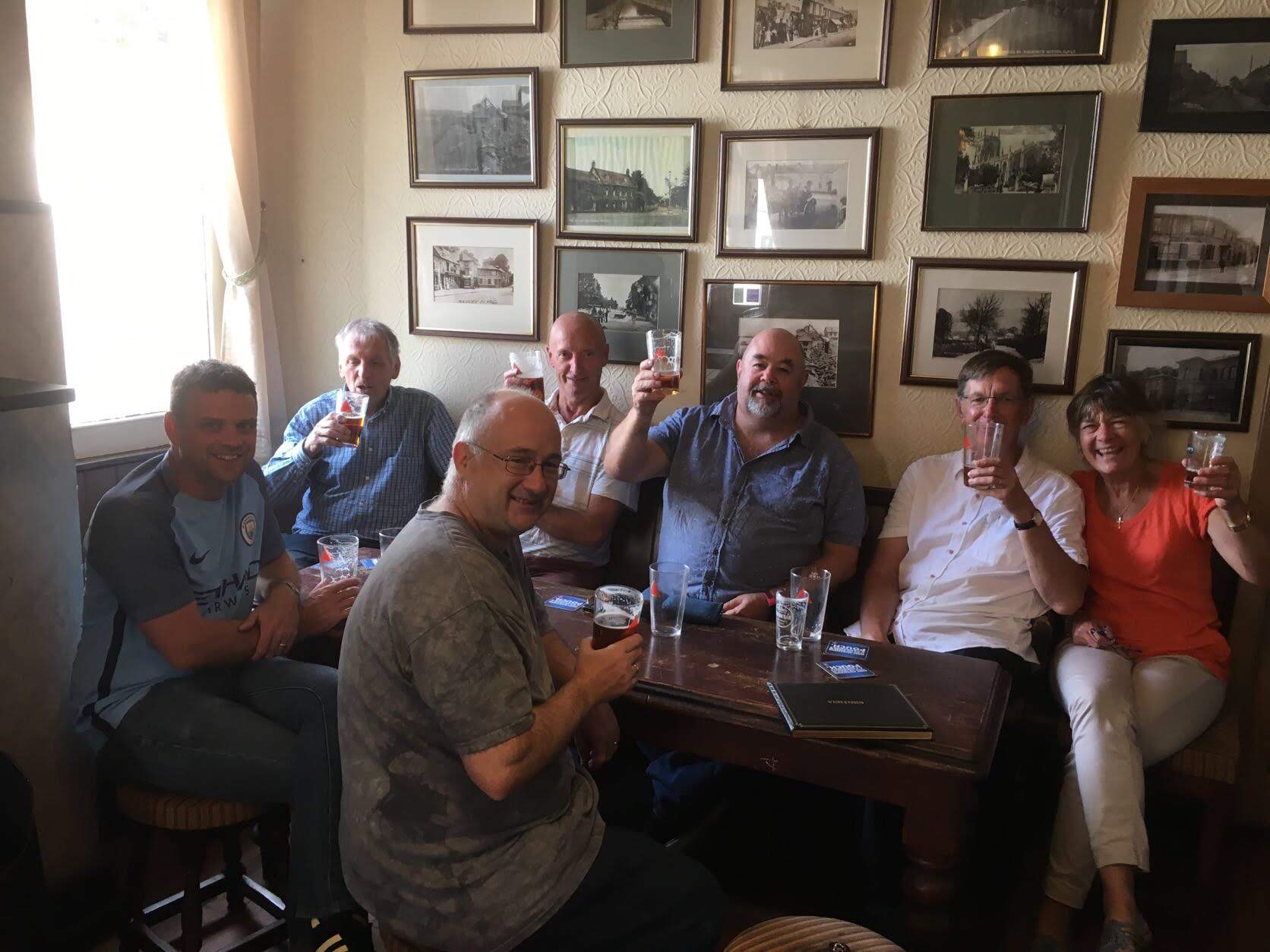 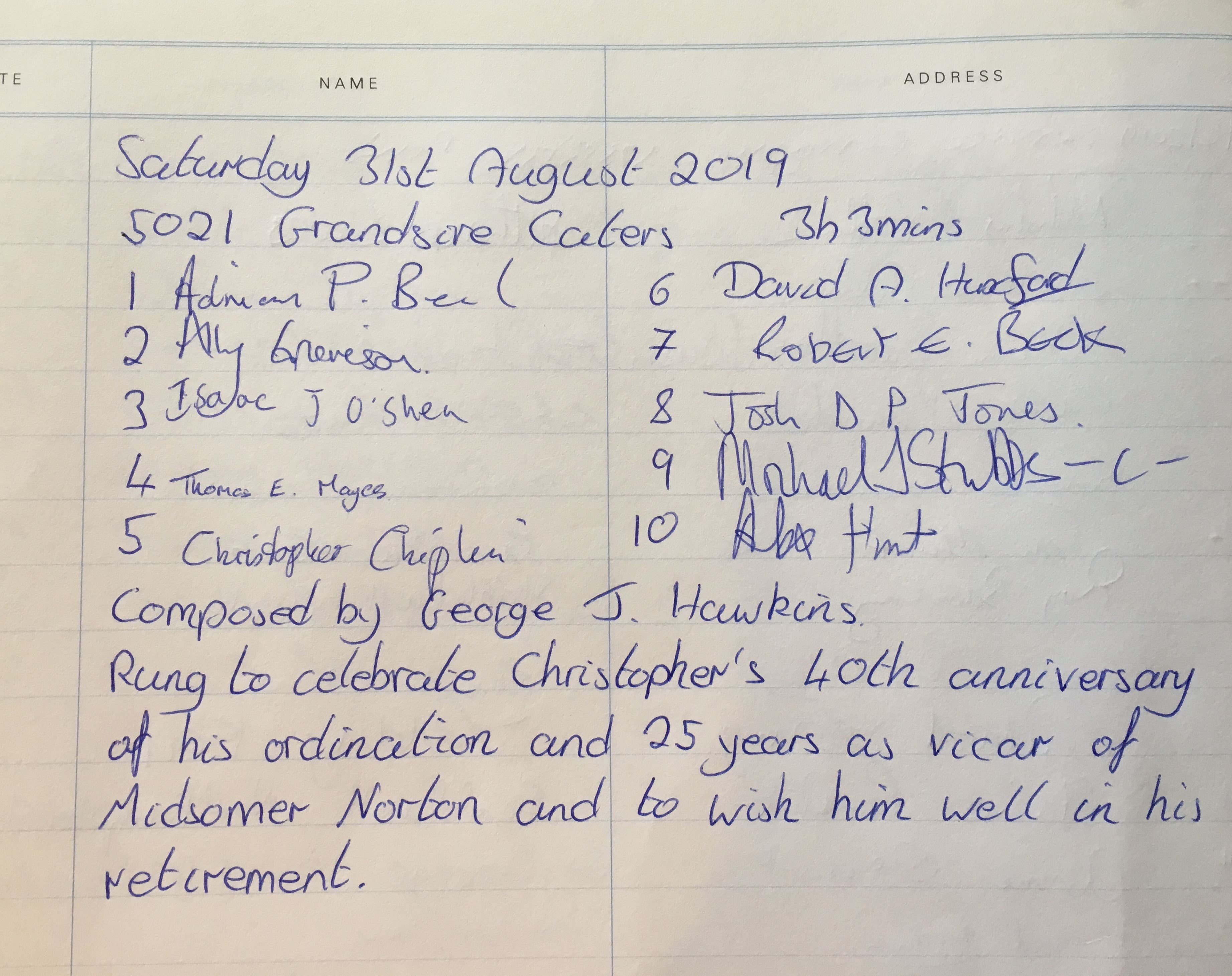